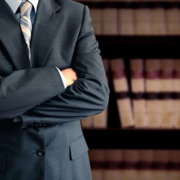 Ron Josepher and Tyler Batteese obtained a defense verdict in a three-week trial for a family physician who was alleged to have mismanaged a patient’s anticoagulation causing an intracranial hemorrhage, causing a massive stroke and requiring the patient to have brain surgery to remove the clot. In addition to having to defend the doctor’s care the plaintiffs alleged that his practice was negligent in hiring him due to his past felony conviction for fraud that the court allowed into evidence. Despite these obstacles Mr. Josepher and Mr. Batteese were able to convince the jury to return a verdict for the defense.