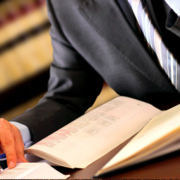 Tyler Batteese & Brian Agliano won a defense verdict for their internal medicine physician client in a two-week wrongful death trial. The patient died from endocarditis which was alleged should have been diagnosed or at least further investigated based on his presentation to the doctor’s office. The widow claimed he presented due to high fever, whereas the doctor claimed and noted that the reason for the visit was low back pain. Despite poor record keeping in which not only was the word “fever” initially circled then crossed out, and the patient’s temperature was not documented, the defense was able to convince the jury that the doctor’s recollection of the visit was the correct version of the events and that the 82 year old widow was simply mistaken about why her husband saw him prior to his admission where he was diagnosed.