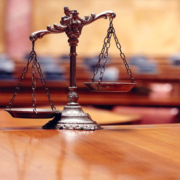 Ron Josepher and Brendan Rowe secured a defense verdict for an anesthesia and pain management physician in a week long trial where it was alleged, he left a foreign body behind during a procedure to remove a morphine pain pump. They were able to convince a jury that it was a reasonable and frequent occurrence that a portion of an intrathecal catheter, which is placed during the installation subcutaneously below the skin, to become retained when a Morphine pump and catheter are later removed. This is particularly likely when the pump and catheter have been in place for several years, as was this case which had been placed five years prior. Moreover, even if it is recognized that a portion of the rubber catheter was not removed during the surgery, they were able to show the jury that it would be unreasonable and potentially more harmful to the patient to begin an expedition to search for the retained portion and, if found, dissect it out.